Help support this site with your
one-time or ongoing donation. 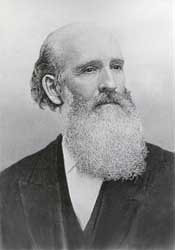 "The whole advent host once believed that publishing the visions of Daniel and John on the chart, from which the swift messengers lectured in 1842 and 1843, was a fulfillment of this prophecy (Hab.2:2); and the unbelief of those who doubt now, does not prove that we were all mistaken then. The passing of the time, and the perpetual backsliding and unbelief of Adventists has not changed this truth of God into a lie; but it remains truth still.

You who participated in this first angel’s message, and felt its power and glory, and saw its effects on the people, just go back with me to the camp-meetings, conferences, and other meetings where the time, 1843, was proclaimed from the chart. With what solemnity, zeal and holy confidence the servants of the Lord proclaimed the time. And O, how their words fell upon the people, melting the hardest sinner’s heart; for God was with them, and his Spirit attended the solemn message. The most spiritual and devoted in all the churches caught the flame and many who had been trained to worship their church and their minister, here learned to “fear God” alone, and “give glory to him.” This message weaned us from this world, and led us to the feet of Jesus, to seek forgiveness of all our sins, and a free and full salvation through the blood of Christ. Dear Brethren, Was this message “from heaven or from men?” I know your answer—“from heaven,” Amen.

We then “tasted of the good word of God, and the powers of the world to come,” and we can not, will not, dare not give it up, and call it a “mistake,” the “work of man,” “mesmerism,” and “of the Devil,” as many have done, and have fallen away. “It is impossible” “to renew” such “to repentance; seeing they crucify to themselves the Son of God afresh, and put him to an open shame.” See Heb.6:4-6."

MY LORD
DELAYETH
HIS COMING
page 2.1,2

But it is a painful fact that a large portion of the Advent people, and Advent ministers, have lost their faith in the soon coming of the Lord. They may still cherish the doctrine of Christ’s personal Advent, the literal resurrection of the just, prior to the millennium, and the true inheritance of the saints; but faith in the immediate coming of the day of God, they have lost. The past Advent movement they consider a mistake, and one after another of the pillars of the Advent faith they have pulled down. This apostasy has been a gradual, deceptive work, so gradual, and so carefully managed by the Advent papers, that the brethren who have lost their faith can hardly tell how and where they lost it, yet it is gone.

Your support of this website means a lot!
Please help with a one time or ongoing donation.